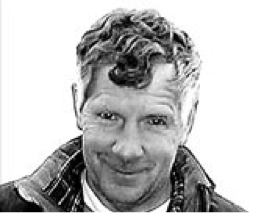 It is with deepest sadness that we announce the passing of our dear father, husband, grandfather and friend, Gerry Baker after a hard-fought battle against cancer. Born in Barnwell, Alberta, Gerry was raised in Calgary with his sister and three brothers. A natural athlete, he excelled at both baseball and basketball, leading his high school team, Ernest Manning, to a basketball city championship while only in Grade 11. His playing days over, Gerry continued to teach the game he loved to young people in Calgary, active as a coach for both community and high school teams.

After graduating from SAIT, Gerry began a very successful forty-year-long career as a plumber, most of that time spent operating his own company. He married his high school sweetheart, Susan Kell, on January 31, 1969 in Cardston, Alberta. An energetic member of the Church of Jesus Christ of Latter-day Saints, Gerry was particularly active in the Scouting and youth programs, lending his time, talents and wisdom to hundreds of young people whose lives will forever be enriched by their association with “Brother Baker.”

For those who knew him best, he will always be remembered as a man of honesty, integrity and unfailing devotion to the family he loved beyond all else. We will miss his smile and laughter, but mostly the great example we witnessed each day of his steadfast dedication to living life the way it should be lived. Gerry always said that all we get in this life are memories; to everyone who knew him, he has given the most cherished memories of all – his love, his laughter and his wisdom.